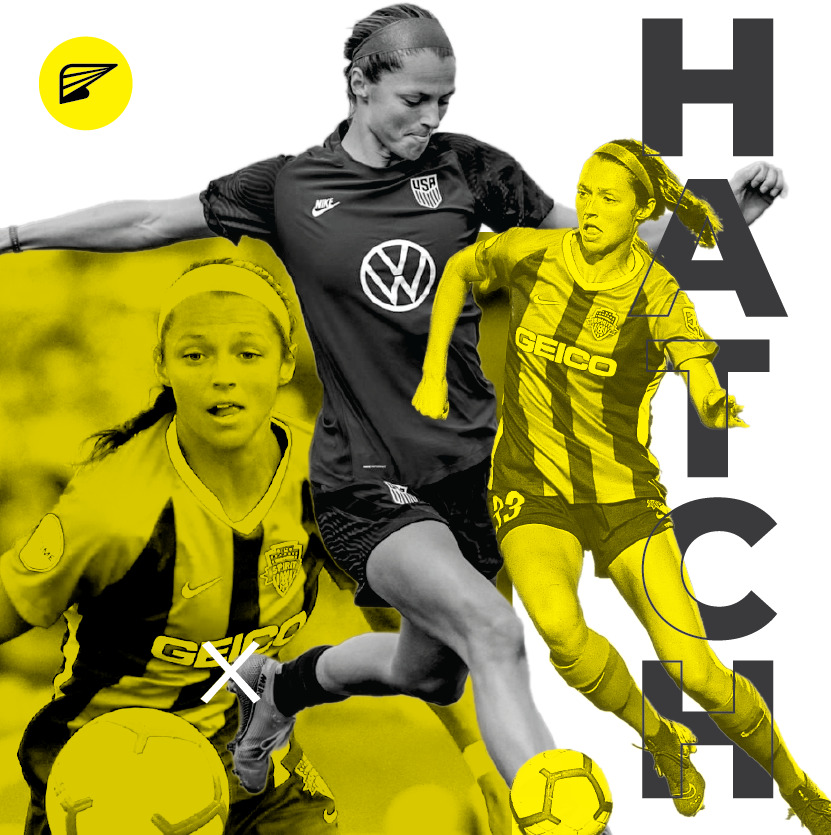 Hatch played collegiate soccer at Brigham Young University from 2013-2016. Her freshman year, she started in all 21 games where she scored six goals and had seven assists. Her sophomore year, Hatch went on to break school scoring records with 18 goals in a single season. She won ESPNw Player of the Week on two occasions, once in 2014 and again in her senior season, 2016. Throughout her college career, Hatch received many awards including All-WCC First team, WCC Player of the Week, WCC Co-Player of the Year, and was named a semifinalist for the Hermann Trophy.

Following her college career, Ashley entered the 2017 NWSL draft. She was selected #2 overall by the North Carolina Courage. She scored 7 goals and had 1 assists in the 24-games she played with the team, which led her to win the 2017 Rookie of the Year. After an amazing rookie campaign, Ashley signed with Melbourne City.

Upon her return to the US, Ashley was traded to the Washington Spirit where she has played 53 games, notching 12 goals and 4 assists in 3 years with the team. Ashley recently announced a multiyear contract extension with the Spirit organization.

“Ash is one of those young players that will make a difference for any team she plays for, on and off the field” said Francisco “Cisco” Terreros, Felkrem’s co-founder and Ashley’s agent. “We are thrilled to have Ash join our firm as we believe we can expand on her existing marketing presence and help her pivot towards cementing herself as one of the most iconic strikers in the US.”

Ashley made her US Women’s National Team debut in 2016 in a friendly match against Switzerland during her senior season at BYU. She was again called up to play in 2018 in a match against Mexico. Hatch was most recently asked to join the National Team at training camp in October of 2020.

Aside from representing her on-field professional endeavors, Ashley will begin working with Felkrem to identify future marketing and endorsement opportunities. “The values and the people at Felkrem ultimately led me to signing [with them]. I fully trust them to represent me well and I’m looking forward to working with them.” Hatch said when asked why she choose Felkrem over other representation agencies.