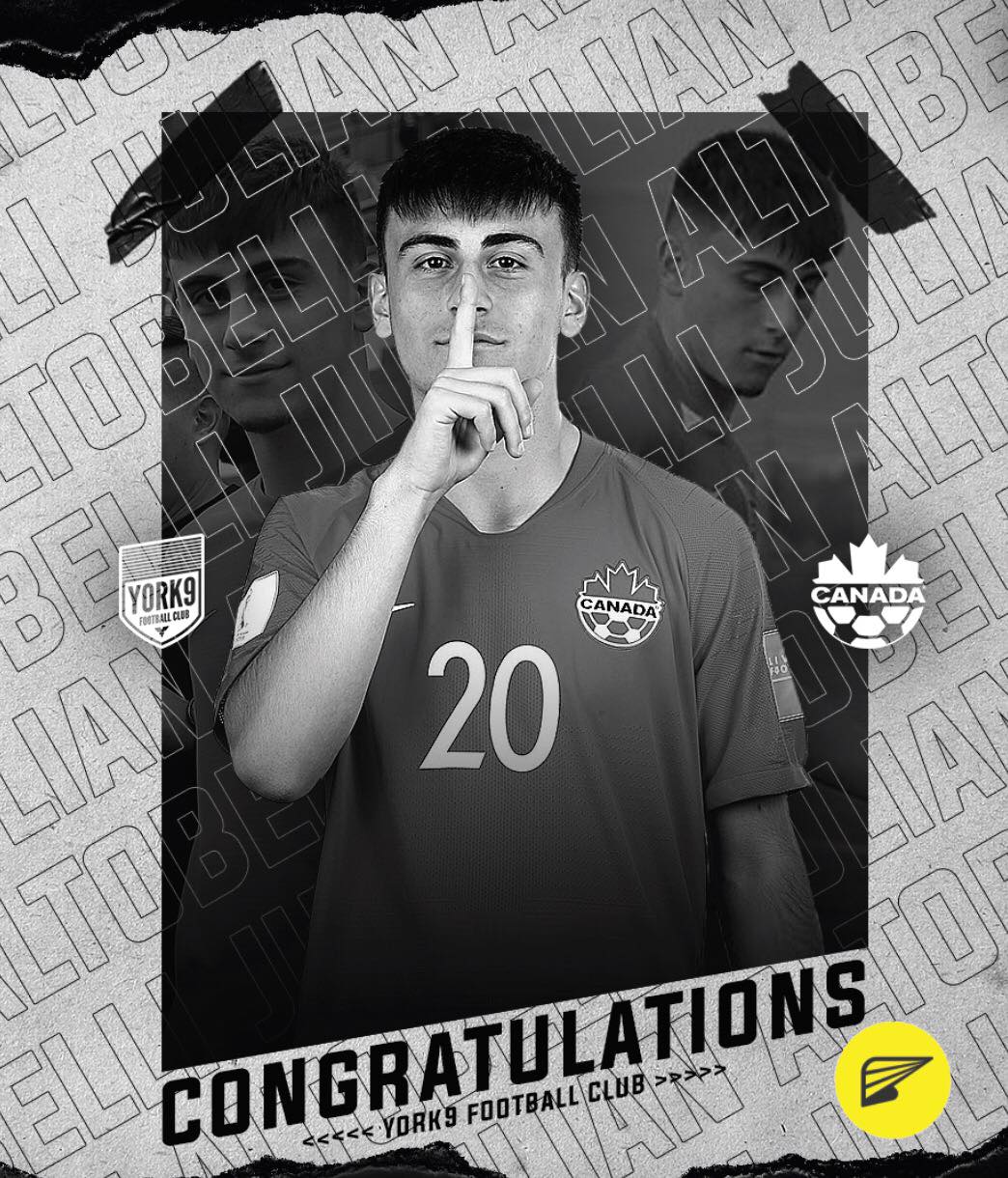 The future is bright for Canadian Football sensation! Julian Altobelli, at just 17 years of age has signed a professional contract with York9 FC of the Canadian Premier League. Which makes him the 3rd youngest player to become a pro in CPL history. Most recently, Julian was an academy player for 2017 MLS Cup Champions Toronto FC, and is a key figure for Canada’s U17 National Team. He has been instrumental alongside the other young midfielders for Canada making 7 appearances and competing against some of the most promising global talents during the 2019 U17 World Cup.

Playing for York9 will be advantageous for Julian’s career as the team is committed to properly developing young footballers and have proved this during last year’s campaign. The opportunity to train with quality professional players each day will provide Julian with a massive platform to get to the top level.

Julian is a great kid, and Felkrem is very proud of him for his hard work and commitment. The full-service sports marketing representation firm is looking forward to working on behalf of Julian throughout his career as he becomes a high calibre player and even a better young man.