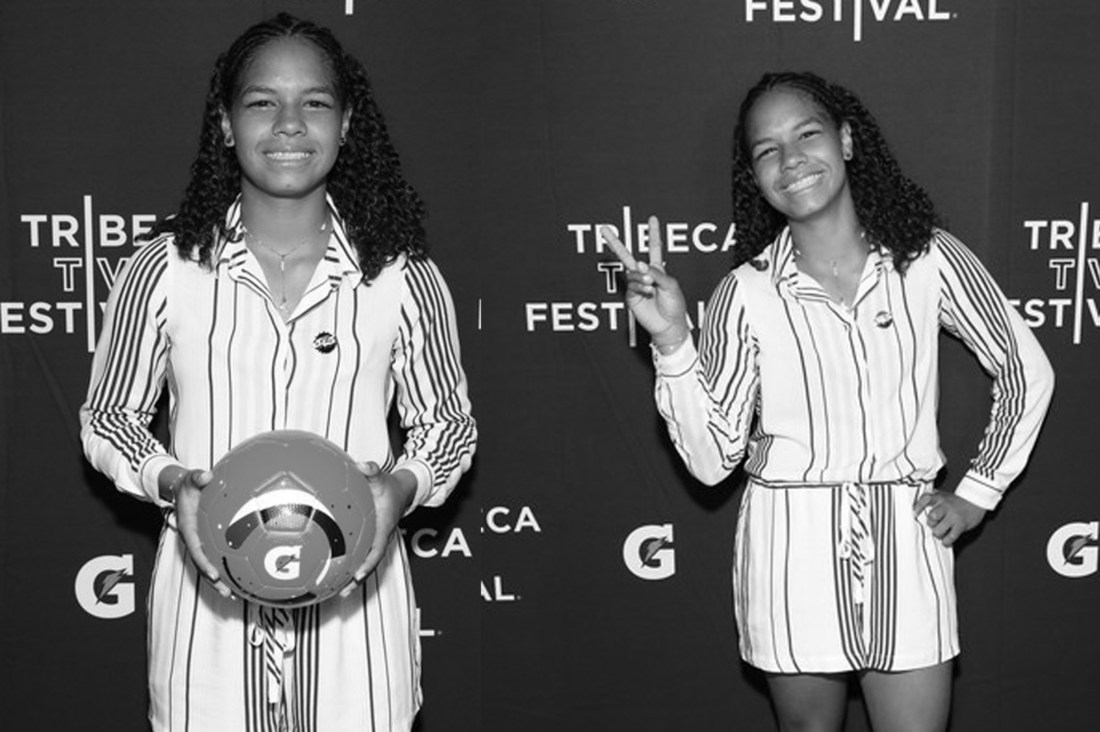 17-teen-year old Colombian National Team Soccer Player, Gisela Robledo, got to live the dream when she featured as one of the main actors for recent Gatorade commercial. alongside athletes as Lionel Messi, Serena Williams, Usain Bolt, and Micheal Jordan. The commercial is set at a futuristic Gatorade sports facility deep in the jungle of a mountainous wonderland. Gisela exhibits her progressive abilities by starting an attack and finishing off the move with an acrobatic overhead kick. At the end of the commercial, history is written as Gisela is displayed as the final athlete in a lineup of 5 Gatorade sports legends.