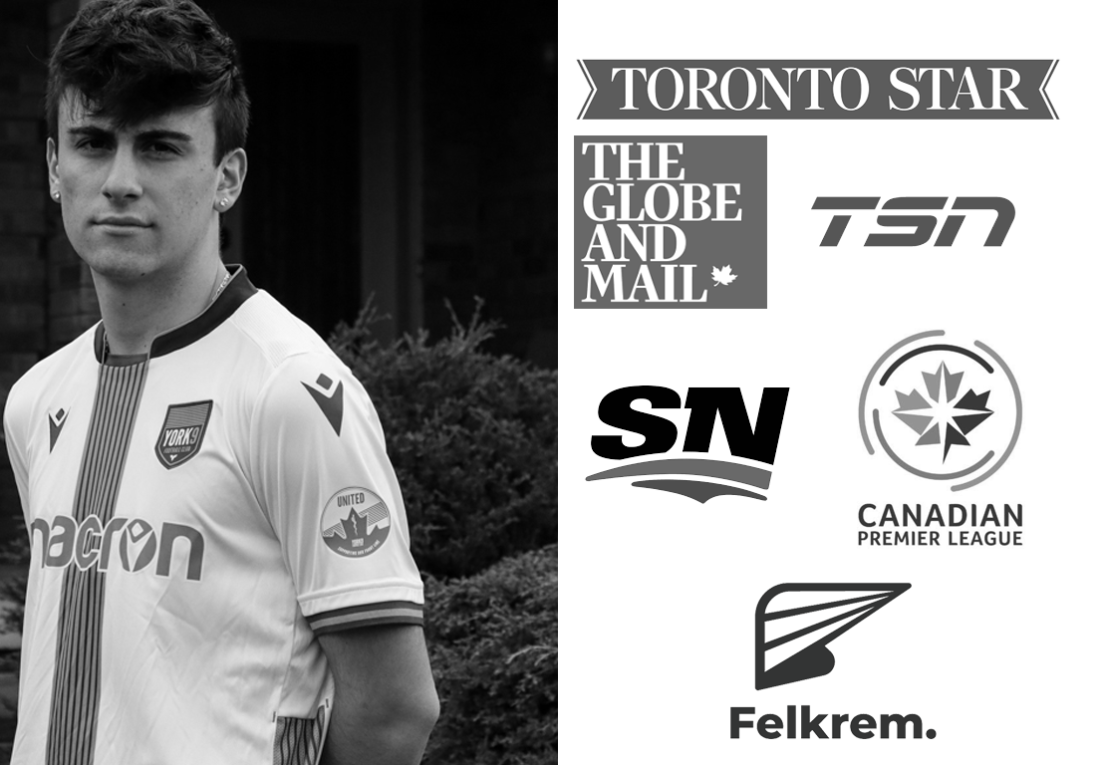 It was news that was delivered by York 9 FC on May 14th Julian Altobelli will be signing with the team. The story was something that brought a lot of attention to media outlets and later brought over 16 million impressions worldwide news. This means the campaign was performing higher than its above average. Outlets such as The Globe Mail, TSN, Sportsnet, Toronto Star & more landed the article to increase higher audience engagement of the player.

Originally the article was using an organic post with a goal of reaching the explore page on social media, newspaper, soccer magazine to attract customers.  This enhances and communicate with the target audience and create a social media presence.

It’s an increase in following amongst all media outlets that would also inform that the organic posting was able to reach the outside of our current followers and that our creative were able to convey a message that sparked not only interest but desire as well for Julian Altobelli.

With thanks to Felkrem and the first-hand news from York 9 FC, the implementations of organic postings did what it expected.