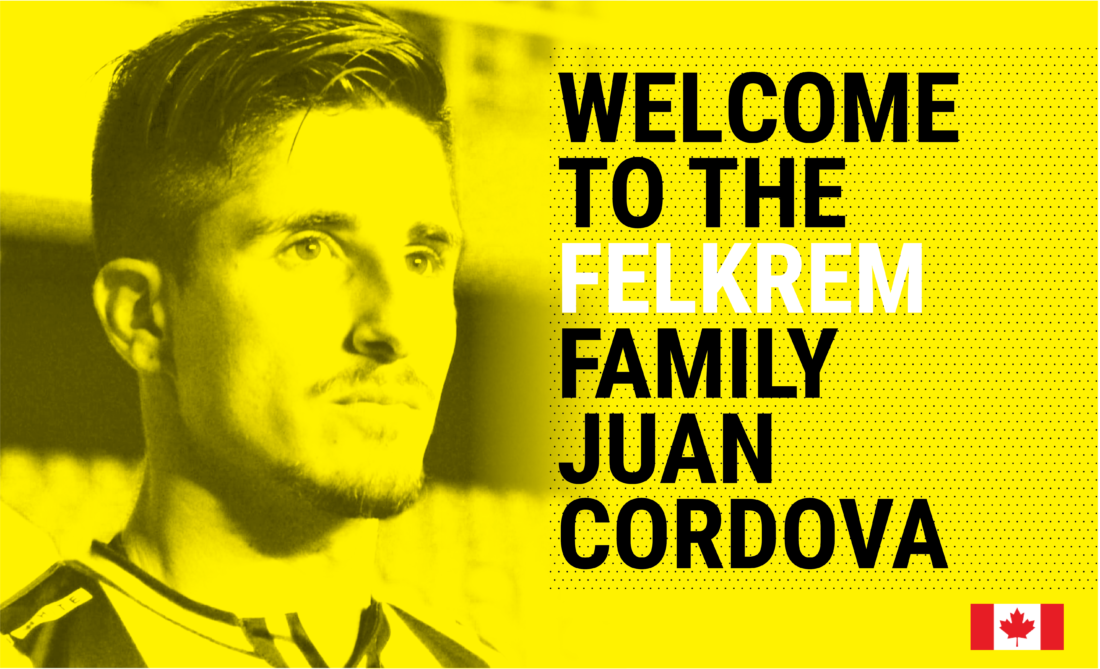 TORONTO, CA (May 7, 2020) – Juan Cordova, Canadian international who has spent his career playing professionally in Chile, has signed with North American based talent management and sports marketing consulting agency Felkrem, the firm announced today. This strategic move on Cordova’s behalf will help him align his growth with predominant leagues around the world, including MLS and others around Europe. Felkrem will utilize the agency’s network reach and knowledge of the region, with the goal of increasing and capitalizing Cordova’s brand and identifying a top tier team for him in North America or Europe.

Juan Guillermo Cordova was born and raised in Chile and obtained Canadian citizenship through his father who is a Canadian citizen. Cordova began his career playing in Chile’s second division, eventually transferring to Huachipato FC of Campeonato AFP, Chile’s first division. In 2017, thanks to the scouting efforts of Felkrem’s Peter Raco, Cordova obtained an invitation to be part of Canada Soccer, eventually representing Canada in international competitions.

“Juan is a dynamic player whose style of play can translate very well to not only domestic Major League Soccer, but in Europe as well,” said Cisco Terreros, Co-founder of Felkrem and FIFA registered Intermediary (Cordova’s agent). “We are thrilled to represent one of Canada’s top talents, and are ready to help him build and capitalize on the on and off field opportunities available to a dedicated player like Juan.”

“It was important for me to be with an agency that understands my goals, the country I represent, and has connections on and off the field,” said Cordova. “I believe that with Felkrem, I can better align with clubs around the world and Canadian based sponsors.”

Juan will continue to play for Huachipato FC and begin working with Felkrem to identify future playing and endorsement opportunities.