The sports industry is being dominated by large agencies that represent hundreds of athletes/brands and therefore don’t prioritize their individual needs. These large agencies believe in money first, management second.

We realized we needed to change the landscape and create a firm that believes in managing our clients first, treating our clients like individuals/brands with goals and dreams and not like numbers or monetary values. 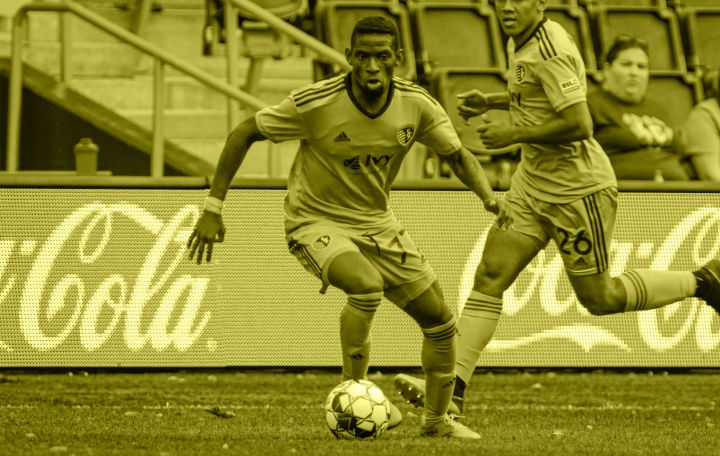 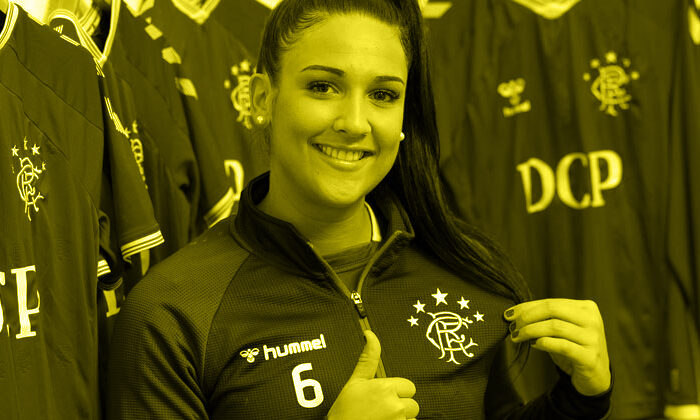 Our goal is to disrupt this industry and change the way athletes think of agents and properties/brands think of sport marketing agencies.

We do so with the core of our agency in mind: Transparency, hard work, personal touch, all while walking the talk and putting our clients first, no matter the cost.

We may be a small fish in a big pond, but our track record shows that small fish can be more effective than the large ones! 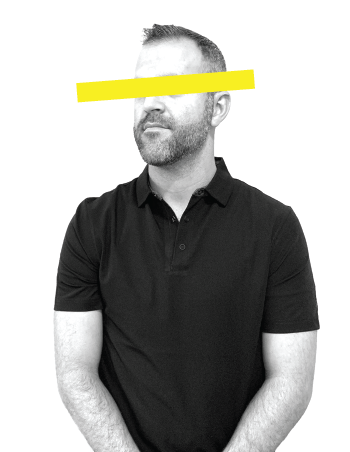 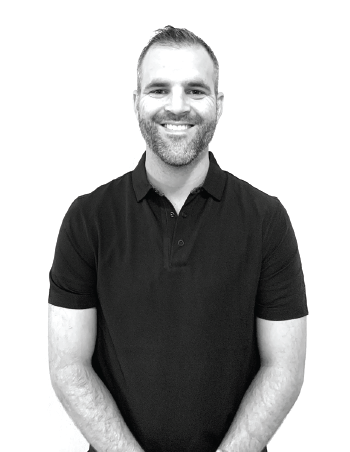 Co-Founder | FIFA Agent | Attorney: Daniel Woolard, commonly known in our industry as “Wooley” had an illustrious career as a professional soccer player in Major League Soccer.

In 2007 Woolard was drafted in the fourth round, 47th overall, by the Chicago Fire from Midwestern State University, while making a name for himself as one of the few athletes ever drafted from a DII school. After 3 successful seasons at the Fire, he made the move to DC United.

During his time at DCU, Wooley would become one of the most dominating defenders in the league, earning a leadership role within the team and the backline. Wooley was a key player of DCU’s Lamar Hunt US Open Cup Championship run, assisting the team in lifting the its 3rd Open Cup trophy.

Upon retiring from professional soccer, Woolard enrolled in law school at Samford University’s Cumberland School of Law, graduating with a Juris Doctor in May of 2019 and obtaining the State Texas Bar attorney license in October of 2019.

Thanks to his deep network in the soccer industry, knowledge of the game as a player and his background as an attorney, Wooley has become a great source of knowledge for Felkrem’s clients. Having experienced the ins-and-outs of professional soccer as an athlete, combined with his law degree, he is able to provide a unique perspective to all athletes.

Due to various head-related injuries, Daniel Woolard has become an advocate for brain health in our sport and how it should be regulated and overseen by teams and leagues alike. 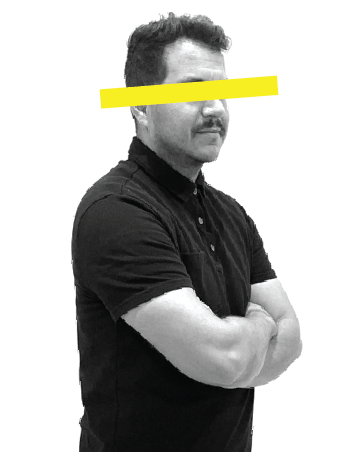 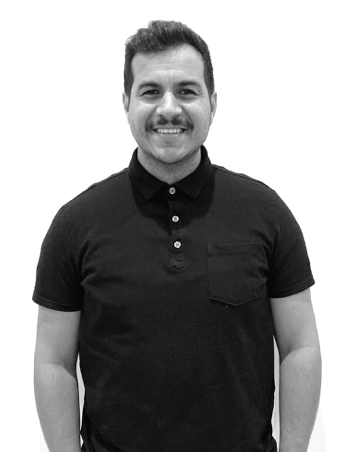 Co-Founder | FIFA Agent: Francisco Terreros, affectionally known as “Cisco” began his career in sports marketing as an intern during the 2002 Winter Olympics in Salt Lake City, while playing collegiate soccer for Dixie State University as a left-back. In 2005, with his knowledge of the sport as an athlete and background in the industry as an intern, Cisco began working for the newly formed Real Salt Lake as the Hispanic Relations Manager.

During his time at RSL, Cisco began obtaining his USSF coaching certifications, while coaching for a local academy. Upon his successes with Real Salt Lake’s front office, Cisco was transferred to Columbus Crew SC, and from 2009 until 2012 he served as the Director of Hispanic Relations, overseeing the team’s Hispanic marketing and PR initiatives, on the sponsorship and media side. During his time at The Crew, Cisco began working closely with then team’s technical director Brian Bliss, assisting in international scouting and as an operations liaison during the team’s 2009-2011 CONCACAF Champions League’s run. During that time and under the direction of Brian Bliss, Cisco continued his coaching career as the assistant coach of the U19-20 Columbus Crew Academy team, winning 4 national championships as well as the assistant coach of Capital University.

After Crew SC, Cisco obtained his FIFA Intermediary License while working full time for Wells Fargo Bank in the regional sports marketing and enterprise social media departments, where he learned a great deal in how brands worked with athletes and properties alike.

His experience as a coach, a scout, team executive and marketer, Cisco has built a strong resume, allowing him to negotiate over $30 million dollars in on and off the field contracts 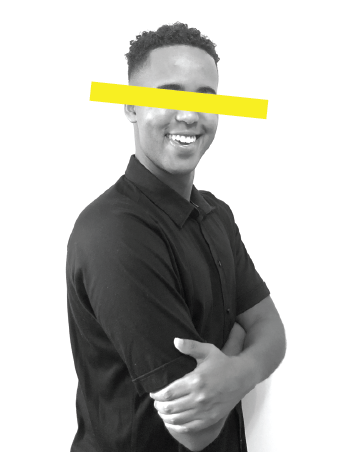 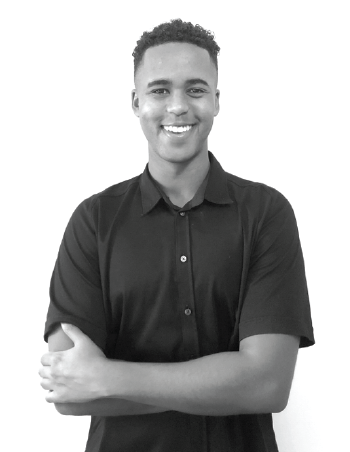 Harun Roble, a graduate from Humber College’s Advertising and Marketing Communications program, and has had additional schooling at New York University and York University.

Harun started in the sports industry in 2015 as the Manager of Soccer Operations at Länk Football Group, a Swedish-based management firm where he worked with multiple professional players and clubs across Europe.

Harun resides in Toronto, Canada, which has allowed him to recruit multiple Canadian Men’s National Team players as Felkrem’s Senior Director of Operations. 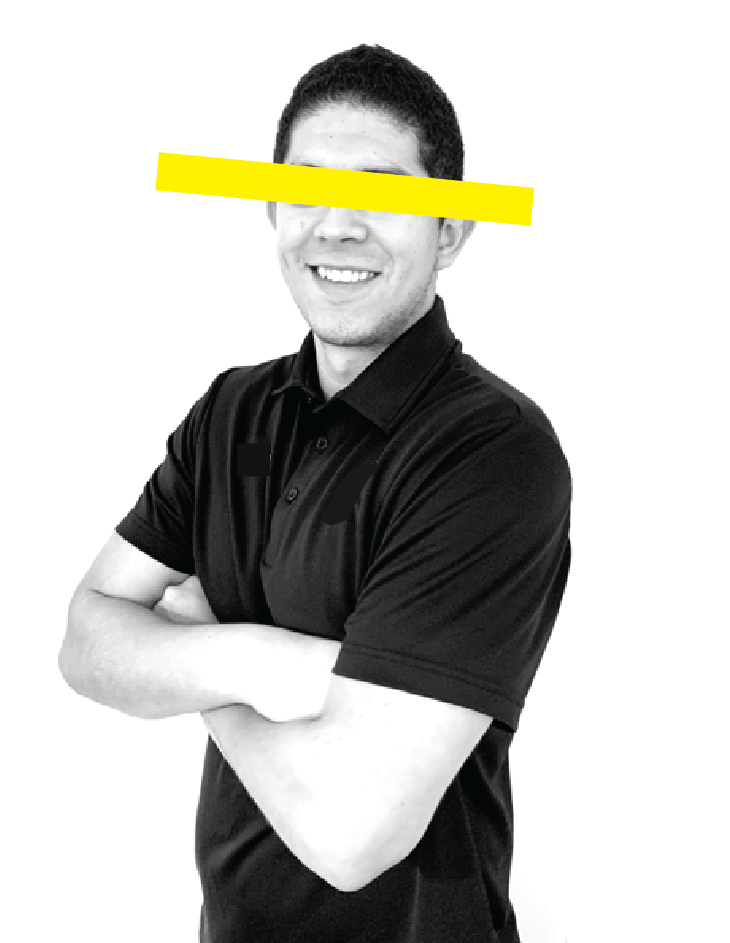 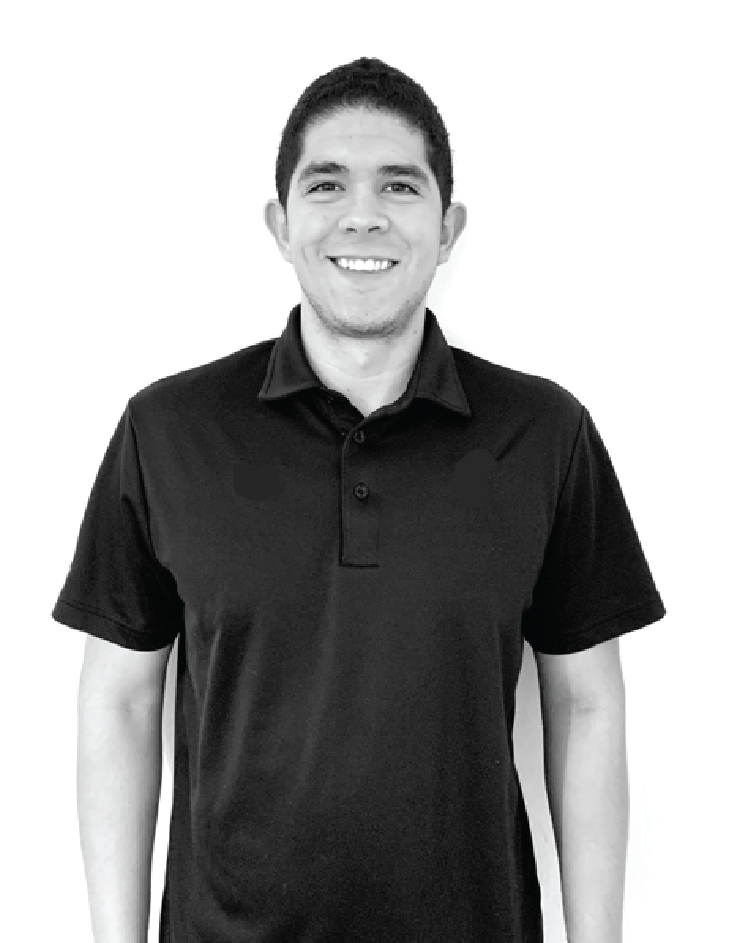 Pedro Diaz was born in Mexico City, Mexico and moved to Cincinnati, Ohio, USA at the age of seven. Pedro successfully navigated through the U.S. youth soccer landscape, eventually playing at the highest level of collegiate soccer for the University of Cincinnati.  He was a three-year captain and starting goalkeeper. While excelling as a player in collegiate soccer, Pedro obtained a bachelors degree in Sports Administration with a double minor in Marketing and Business Administration. He also gained experience off the pitch by coaching soccer and interning for the University of Cincinnati Athletic Department.

In 2017, after graduating from the University of Cincinnati, Pedro immediately enrolled in law school at the University of Cincinnati College of Law, from which he graduated with a Juris Doctor in May of 2020. While in law school, Pedro obtained his USSF Intermediary Certification, served as the Vice President of the Sports & Entertainment Law Society, interned at Katz Management Group, and worked as a law clerk at The Law Offices of Valencia & Diaz.

Using his experience in all aspects of soccer as a player, coach, and employee, Pedro has worked diligently to build a career as an agent. He now serves as Director of Recruiting at Felkrem. 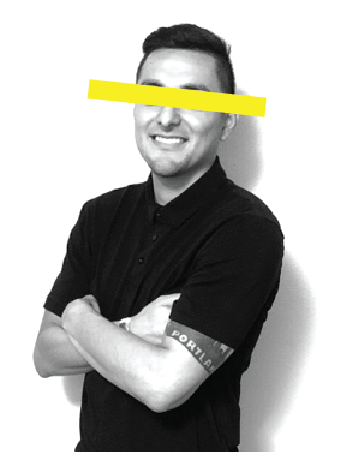 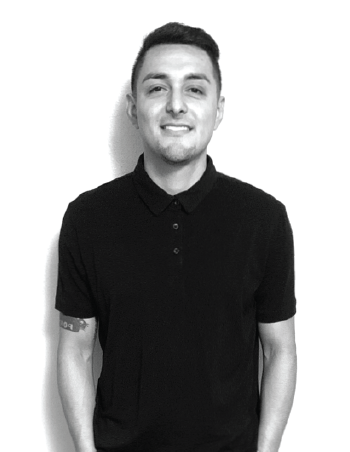 Eduardo Sanchez, better known as “Eddie,” graduated from the University of Portland in 2016 with a degree in Marketing with a focus on Sports Marketing. During his time at U of P, Eddie played as a midfielder on the men’s soccer team. He received multiple accolades, including 4x All-Conference WCC First Team, 2013 Freshman of the Year, a 2016 WCC Conference Title, and 2016 Conference Player of the Year. Following his college career, Eddie had the fortune to attend the 2017 MLS combine.

Eddie went undrafted but continued to pursue a career in the sports industry which eventually brought him to Felkrem. Soon after joining the Felkrem family, he obtained his FIFA Intermediary License. He now serves as the Player Recruitment Manager.

Today, he continues to give back to the soccer community by coaching and mentoring players through the difficult journey of becoming a professional athlete. 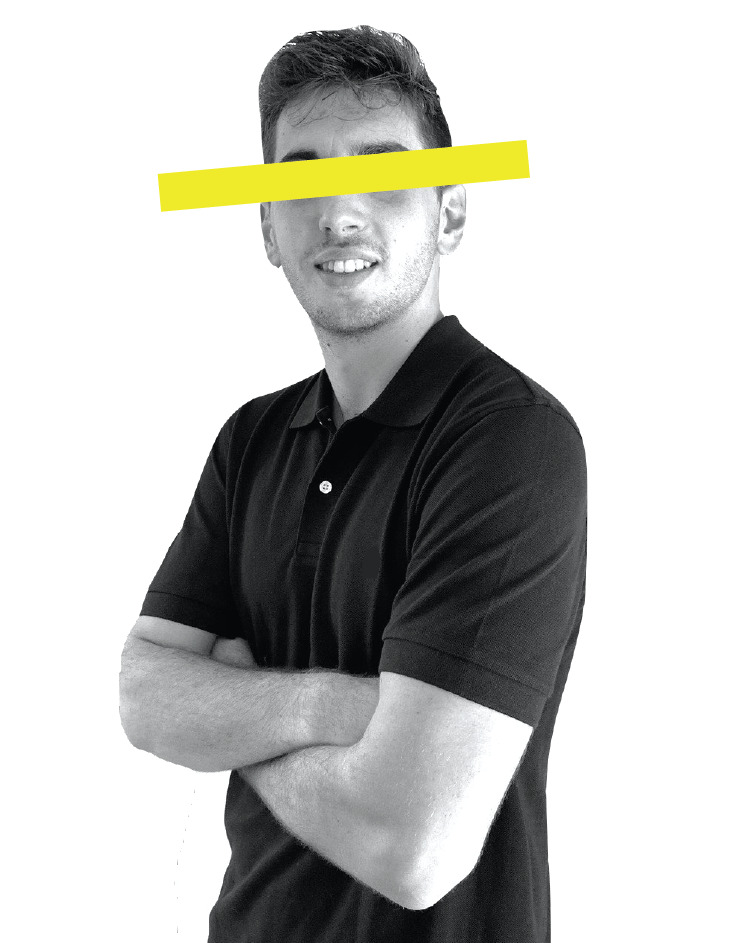 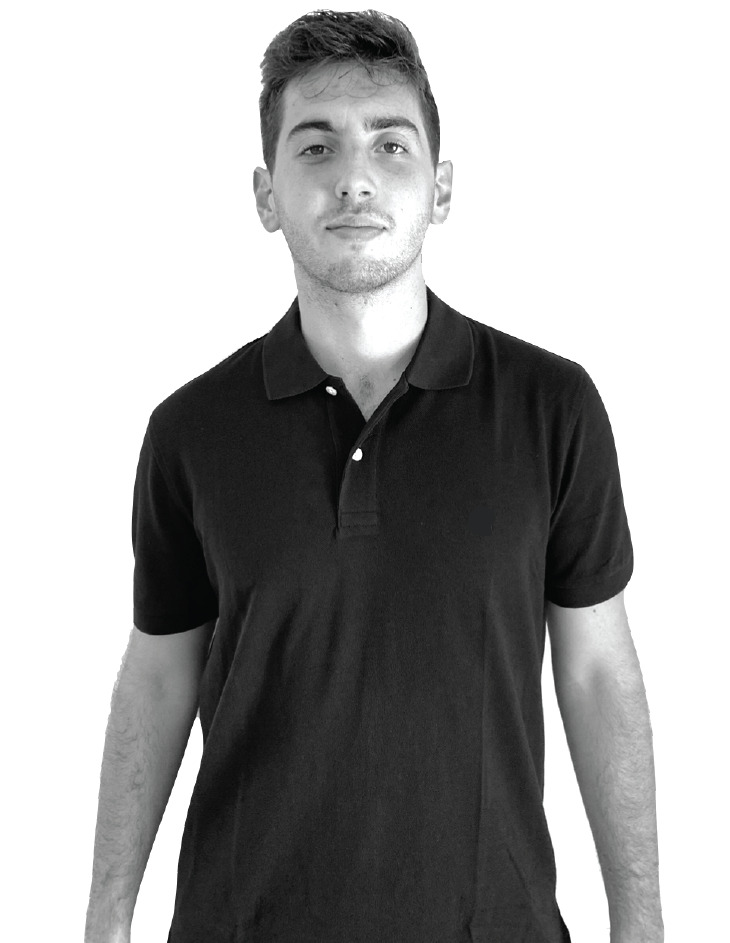 Originally from Buenos Aires, Argentina, soccer is in Tomas’s blood. He grew up playing against the top academies in the country and had the opportunity to spend two summers playing and training in Europe. After ending his playing career, he found a passion for helping young athletes achieve their dreams while helping them maximize their on field and off field potential.

Tomas started his career in sports working for a large international agency as Coordinator of Soccer Representation and Hispanic Marketing, and later in Basketball Business Development.

In 2020, Tomas graduated with a B.A in Political Science from the University of Florida. He has recently joined the Felkrem family as an Athlete Recruitment Manager & FIFA Agent. 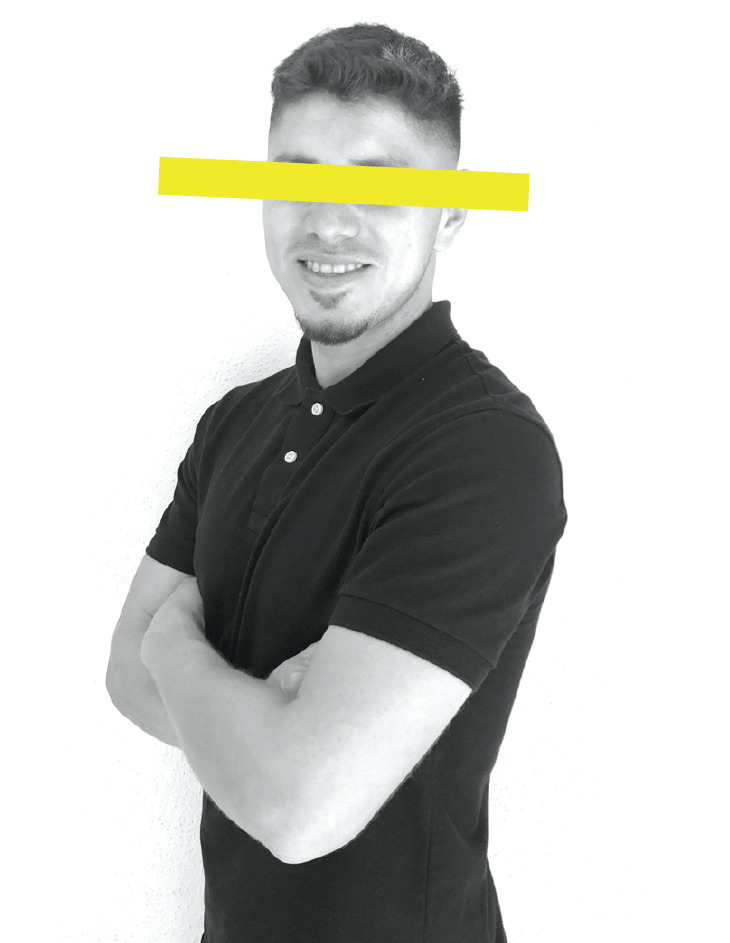 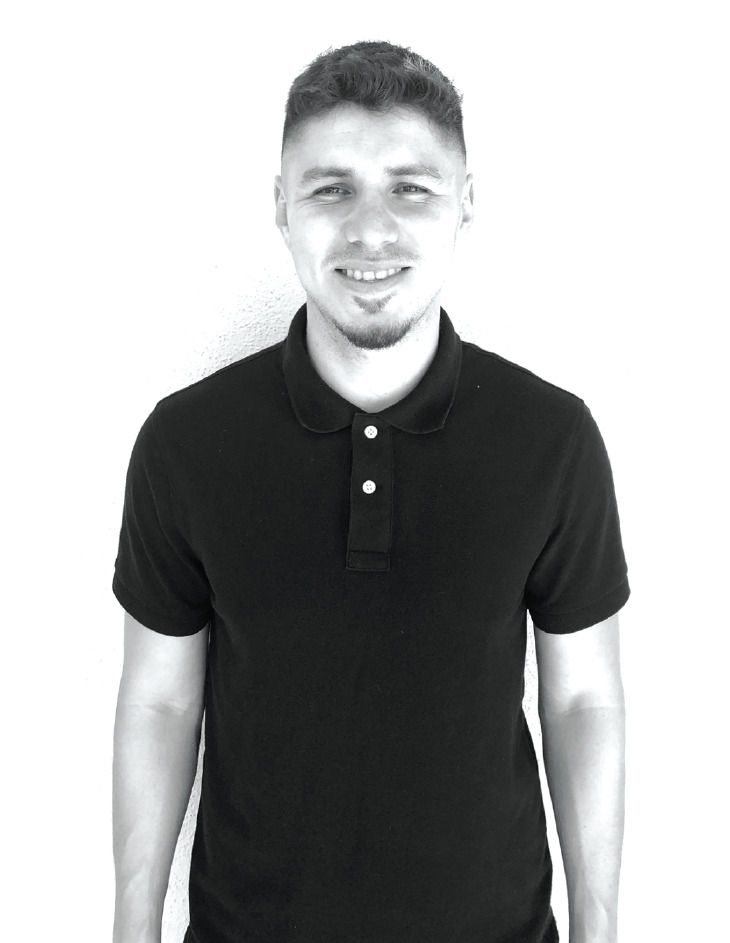 Javi began his collegiate soccer career at Los Angeles Harbor Community College. His success there allowed him to gain a full-athletic/academic scholarship to Kansas Wesleyan University.

Javi graduated from KWU with a Bachelor in Arts, majoring in Sports Management with a double minor in Business Administration and Personal Training. After moving back to Los Angeles following his college career at the age of 22, he was scouted and invited to play for Chivas USA Academy U23’s. During his time playing for Chivas USA, they won the SoCal Premier League with an undefeated season to earn a U.S. Open cup berth with the reserves the following year.

As a licensed USSF National coach, he was hired as the Youth Development Coach for the LA Galaxy. While at LA Galaxy, he was invited to work at elite camps, clinics and assisted first team staff coaches. In addition, Javi represented the LA Galaxy as a scout for USL Championship’s LA Galaxy II, Youth Academy/ID Camps and open tryouts, including the league’s nationally televised talent search Sueño MLS. 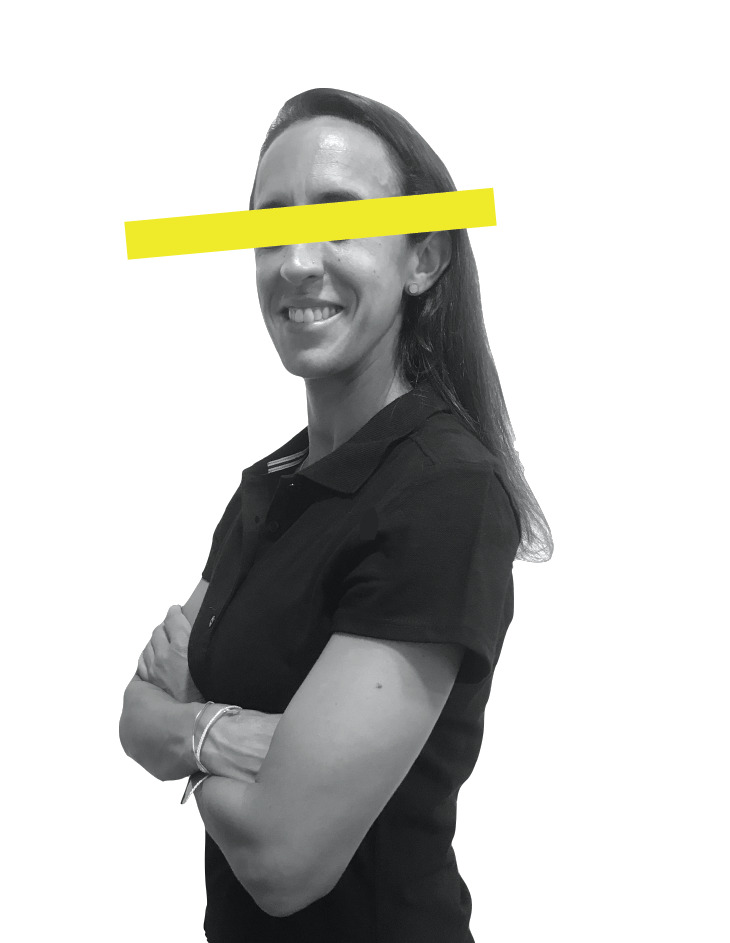 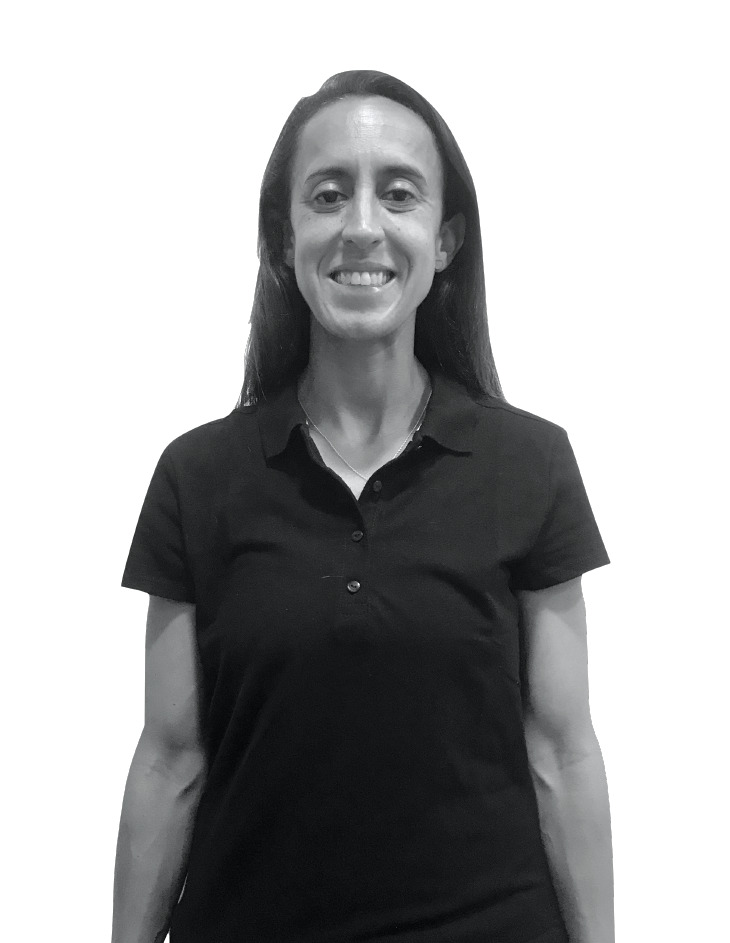 Luisa Meza, affectionally known as “Lu” grew up in the Bay Area playing competitive club soccer which led her to earn a scholarship at San Francisco State University, where she was named all west conference and captained the Gators in her senior year.

Upon graduating with a BA in International Communications, Lu continued her playing career, this time as a professional for Portuguese giants Benfica FC, leading them to a Portuguese National Championship.

After two dominating seasons at Benfica, Lu signed with European powerhouse Manchester City, where she played for two seasons. While in England she continued her education and received a masters degree at Liverpool John Moores University.

Upon retiring from 11aside football, Lu began her career as an Education, as a Professor working at the San Jose State University and as a competitive club soccer coach for 10 years.  Thanks to her robust technical and deep experience as a pro, Lu came out of retirement as a member of the USA Women’s Futsal National Team and is currently part of the USA Women’s Beach Soccer National Team pool.